Type of visit: Legend trip
I had heard a lot about Skidbrooke Church or St Botolph's as being one of Lincolnshire's hotspot haunted places, with a good pedigree and lots written about it on the net So a visit to the 13th century isolated church was a absolute must.
As we drove on the quiet and winding country lanes, I spotted the church in the distance, you can't miss it really, it's the only tall building you can see. Lonely and remote stuck in the middle of nowhere on Lincolnshire's flat marshlands. We pulled up on a side road in the car, Spaniel in tow. Only seconds out of the car I spotted what I thought was a big black dog bounding towards us, it just appeared out of nowhere and was running in our direction with no owner in sight! I shouted 'Get in the car now!!!' We all dived in the car like our lives depended on it. How the mind can play tricks, fortunately it wasn't a barguest with glowing red eyes, but a little stray black terrier dog, quite a tiny thing it was, I could have sworn it was BIG really big, I hate big black dogs, so glad it wasn't.
The dog continued to mind its own business and walked ahead of us up the long path to the church then disappeared in the long grass. By this point I was a little nervous as to what was around the next corner. Luckily the churchyard was all quiet, only a distant crow could be heard and a pigeon flapping its wings, the sun was shining  and there was no breeze. 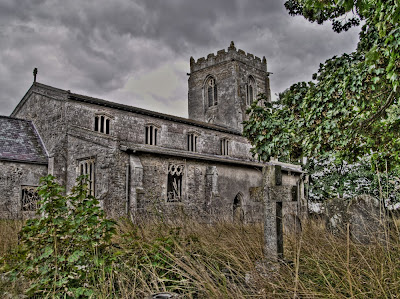 The 13th century church has stood abandoned for many a year now. It has not been used for Christian worship for 30 years. But its remoteness in marshland and corpse-shrouded eerie setting seem to have made it the focal point for gatherings of a sinister kind. Even before this there was reputed to have been the ghostly figures of hooded monks still haunting the place. A correspondent to the Lincolnshire Echo of 11 February 2006 noted how, late one night, in the hollow, empty shell of the church, he and some friends had clearly heard phantom footsteps crunch on the stone floor. Local lore tells ancient, vague stories of spells and witchcraft and is said that this church has been cursed! Stories first appeared in the 1970's and 80's that the empty church had become the haunt of Satanists, so much that it earned the reputation as the so-called Demon Church.

There were persistent reports of fires burning in its grounds and strange activities taking place, by January 2004 locals were so disturbed by the goings-on that they forced a meeting between the church leaders and the churches conservation trust to try and decide what action to take - one sad but extreme option being to demolish the church.
The Bassetlaw Ghost Research Group had set up base camp in one corner of the old church during an all-night investigation. They reported that the gloomy oppressive atmosphere of the place appearing to be almost trying to force them to leave. Strange noises were heard, and ominous flashes in the sky when the weather was calm. Parapsychologist David Wharmby also stated enigmatically to the Louth Leader Newspaper, "We Saw Small Babies among the gravestones and grass!"
In the hamlet of Skidbrooke itself, the dark rumours surrounding the church had forced one woman to have her house blessed by a priest! The woman said " I felt such bad vibes, the whole place really freaked me out!

To our surprise the place was a shell, but not in a total state of disrepair. The windows were out, the leading on the windows was all twisted and contorted giving it a rather spooky appearance. 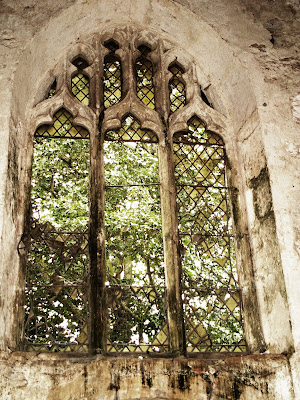 We walked around the graveyard, found some old war graves. I didn't sense anything eerie, why should I? Maybe at night it would be a different story. I would have gone back at night, but the inclement weather soon put paid to that. Shelter from the rain, but the howling gales would have covered up any sounds of phantom footsteps!

A classic stereotype,  local lore, gossip, people up to no good, then the rumours start and before you know it, an innocent old place is crawling with ghosts, demons and ghost hunters.

It only takes one paranormal investigation to go mainstream for a location to get a rating as 'One of the most haunted...' EVIDENCE PLEASE!? ?

The scariest thing was the little black dog!


A fantastic place to visit if you're in the area. 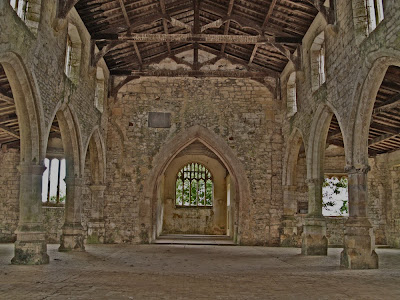 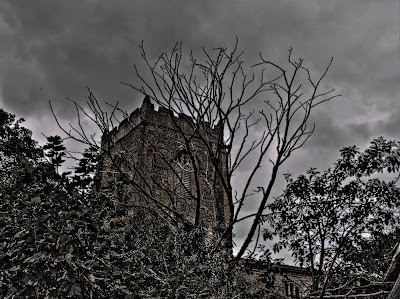 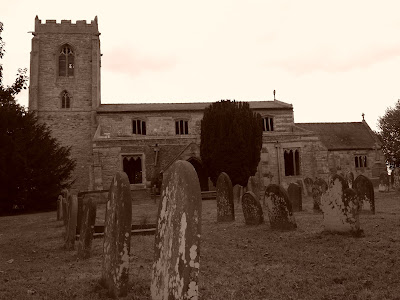 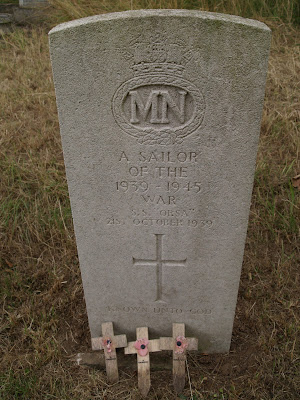 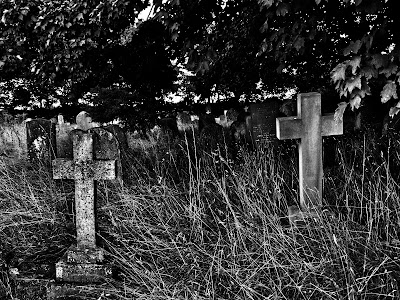